What Have Previous Universal Basic Income Experiments Taught Us? 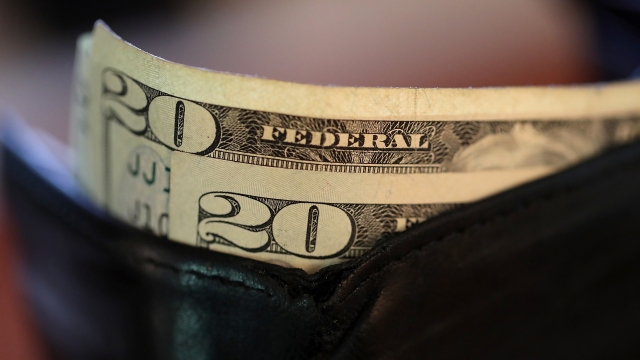 Democratic presidential candidate Andrew Yang's idea for a universal basic income is the centerpiece of his campaign. Opponents say it would discourage people from working. But Yang and others believe handing out unconditional money would reduce stress, encourage new entrepreneurs and reduce administrative costs.

A few places have experimented with it, so how did it go?

One of the best long-term examples of a universal basic income comes from Alaska. Since 1982, the state has given every eligible man, woman and child an equal, annual payment, regardless of need. It's called the Permanent Fund Dividend, and it's largely funded with revenue from the state's natural resources, like oil. The amount changes every year. For 2019, it's $1,606 per person. Studies of the fund show it's helped reduce poverty in Alaska, and it's had a positive impact on health issues, like reducing childhood obesity.

Finland tested the impact of a basic income in 2017 and 2018. For two years, the country gave about $625 a month to 2,000 people who'd previously received unemployment benefits. Finland is still analyzing the data, but preliminary results show the standard monthly payments didn't significantly impact people's employment. But it did make those folks more optimistic about finding a job, and they reported fewer health problems and lower stress levels.

Stockton, California, is in the midst of a universal basic income experiment called the Stockton Economic Empowerment Demonstration, or SEED. In February 2019, the city started handing out $500 a month to 125 local residents. There are no financial eligibility requirements, but recipients must live in a neighborhood with a median income at or below about $46,000. In the first five months, 40% of the SEED money was spent on food, 25% was spent on merchandise purchases and about 11% was spent on utilities. Participants say the extra money has helped them pay down debt faster, spend more time with their family and reduce stress levels. The experiment is scheduled to end in July 2020.

As for Yang's plan, his Freedom Dividend would pay every American citizen over the age of 18 $1,000 a month.