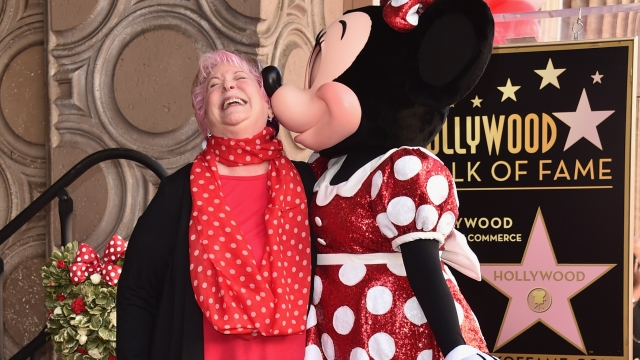 Russi Taylor — an iconic voice actor and Disney legend — died on Friday at the age of 75. She voiced Minnie Mouse for over 30 years, in hundreds of Disney projects spanning from movies to TV to theme parks.

Walt Disney Co. chairman and CEO Bob Iger announced her death on Saturday. He said in a statement, "It was a privilege to have known her and an honor to have worked with her, and we take comfort in the knowledge that her work will continue to entertain and inspire for generations to come."

Taylor was born in Cambridge, Massachusetts in 1944, and wanted to work for Disney since childhood. Decades later, she beat out 200 other voice actors in her audition for Minnie Mouse. Her late husband voiced Mickey Mouse opposite her until his death in 2009.

She was also known for her roles in many animated projects including "The Flintstones," "The Simpsons," and "DuckTales."