Judge Hands Down Longest Sentence Yet In College Admissions Scandal 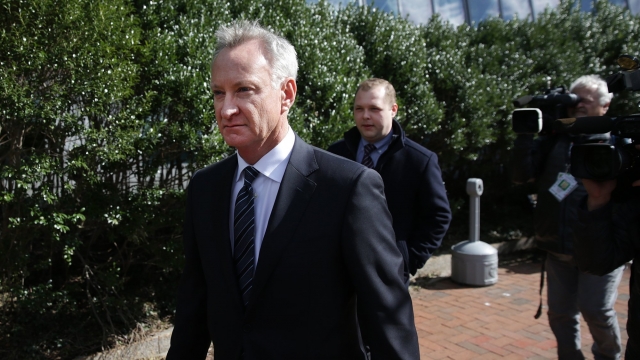 On Wednesday, a judge handed down the longest prison sentence in the college admissions scandal so far.

Former insurance executive Toby MacFarlane was sentenced to six months in prison. Prosecutors, who recommended a minimum of 15 months, say MacFarlane paid bribes to falsify athletic profiles and get his two children accepted at the University of Southern California.

In June, MacFarlane pleaded guilty to one count of conspiracy to commit mail fraud and honest services mail fraud. He was accused of paying William "Rick" Singer, the mastermind behind the bribery scandal, and a soccer coach $450,000 to make up the athletic profiles.

The U.S. Attorney's Office in Massachusetts says that coach and another USC soccer coach falsely presented MacFarlane's daughter as a "US Club Soccer All American." She reportedly graduated from USC without ever playing the sport. The attorney's office also said MacFarlane's 5 foot, 5 inch tall son was presented as a 6 foot, 1 inch basketball recruit. USC admitted him, but he ultimately withdrew — again, without ever playing.

These are only a few of the people caught up in the scandal. Thirty-three parents have been charged, and MacFarlane is the 13th to be sentenced.

A college exam proctor recently pleaded guilty as well, along with actress Felicity Huffman, who has already served her sentence. Actress Lori Loughlin and her husband, fashion designer Mossimo Giannulli, have pleaded not guilty.