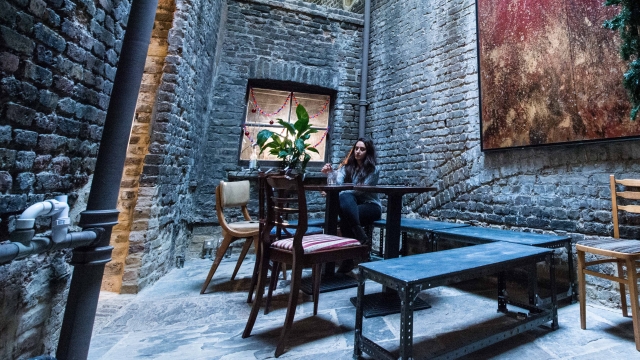 A few decades ago, there was a place where everybody knew your name. It had drinks. Good conversation with friends and new friends. Sam and Norm weren't there because these places existed in most towns. The Elks Lodge.

You could get a meal, sure. But membership was about supporting your community.  Being of service was important. So was plopping in a chair and ordering the meatloaf, striking up a conversation with someone who could be a steel worker or mail carrier. The lodges are quieter these days. Fewer people. Fewer conversations. And it's the same in communal spaces across the country.

Civic engagement doesn't get a lot of attention. Americans joining — or not joining — service organizations and religious groups, or volunteering. But there are signs that our nation of famously enthusiastic joiners might be turning into loners.

In 1835, Alexis de Tocqueville observed in his book "Democracy in America": "In no country of the world has the principle of association been more successfully used or applied to a greater multitude of objectives than in America."

Putnam cited possible explanations ranging from economic hardships to suburbanization to the hectic nature of two-career families. But he ultimately pinned the blame on television. His basic premise: Americans were increasingly spending more time in the blue glow of their TVs and less time engaging with people — joining service organizations, participating in politics and being social.

The trends seem to continue, and maybe accelerate. Service clubs — the Elks, Lions, Rotary, Kiwanis— continue to struggle for members, but there's disagreement on why it's happening. It's especially a challenge in smaller communities. Some other trends signal less engagement. One is loneliness. Rates of loneliness have gone up significantly in the United States.

And lonely people often turn to social media. A retreat to social media also raises these questions: Are people standing around staring at smartphones a new iteration of Putnam’s findings with TV? If you're in the virtual world, are you interacting — engaging — with people in a real and substantive way?

Meanwhile, the number of people who choose not to "join" a religion has increased. The number was 12 percent in 2003 and 21 percent in 2017. Among millennials, the number is 29 percent. Not all trends cited by Putnam have turned out to be hard and fast. He lamented a decline in voter turnout, yet the 2018 midterm elections brought 113 million voters to the polls, making it the first midterm to surpass 100 million voters.

At the same time, half of millennials do not identify with a political party. They are independents. The debate about civic engagement is far from over. It ultimately comes down to this: Is it coming unraveled? Or maybe people — especially millennials — are simply finding new ways of doing things, even if it's not with neighbors, over meatloaf, at the lodge?