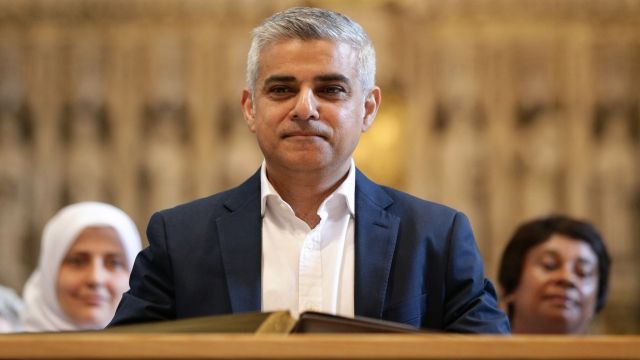 If London's mayor has anything to say about it, President Donald Trump won't be visiting the city anytime soon.

"I don't think we should roll out the red carpet to the president of the USA in the circumstances where his policies go against everything we stand for," London Mayor Sadiq Khan said.

London Mayor Sadiq Khan said Monday in an interview with the U.K.'s Channel 4 News he thinks Trump should cancel his visit across the pond.

Khan has publicly opposed the visit since Prime Minister Theresa May announced it earlier this year.

But Khan doubled down on his stance just hours after Trump criticized his response to the London terror attack.

"Londoners will see an increased police presence today and over the course of the next few days. No reason to be alarmed," Khan said.

Trump condemned the last part of that comment, tweeting on Sunday, "At least 7 dead and 48 wounded in terror attack and Mayor of London says there is 'no reason to be alarmed!'"

Khan's spokesperson said Trump took the mayor's words out of context. The next day, Trump said Khan's explanation for the attack was "pathetic." 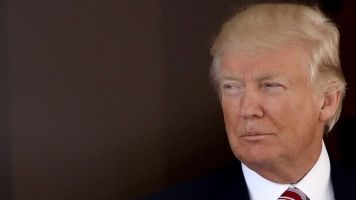 But this isn't the first call for May to rescind her invitation.

In February, a petition to cancel the state visit got enough signatures to prompt a debate in Parliament. And that discussion was — colorful.

"It's extraordinary that Trump from cavernous depths of his scientific ignorance is prepared to challenge conclusions of 97 percent of the world's experts on this matter," said Paul Flynn, Labour Party Parliament member.

"There is something quite refreshing about a politician actually doing what they said they'd do before they were elected," said Adam Holloway, Conservative Party Parliament member.

Officials in both the U.K. and the U.S. have blasted Trump for what he said about Khan.

But the White House has defended the president's comments.

"I don't see that the president is picking a fight with the mayor of London at all," White House deputy press secretary Sarah Sanders told reporters.

Trump is expected to visit the U.K. in October.