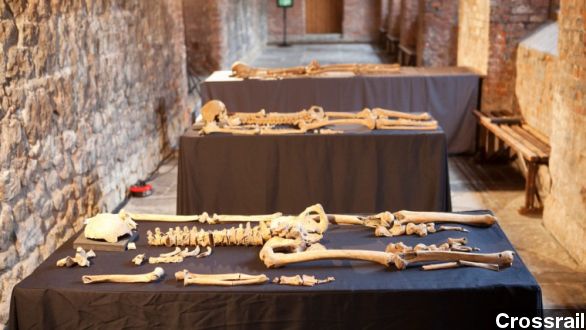 Scientists in the United Kingdom have lifted the shroud on one of the most lethal catastrophes in recorded history, announcing they've found a long-lost mass grave from London's Black Death.

"The depth they are and the type of pottery we're getting strongly suggests that they're part of the Black Death cemetery of that mid-14th century." (Via BBC)

London's bubonic plague outbreak in 1348 and 1349 killed 6 out of every 10 people in the city in less than a year, and you probably learned in school that rats and their disease-carrying fleas were to blame. Well, the new grave site could upend that theory.

The DNA of the 14th-century plague bacteria closely matches that of a recent outbreak in Madagascar that killed 60 people. That outbreak was pneumonic, meaning it was passed not by rats but by coughing and sneezing. (Via The Disease Daily)

Some scientists now believe the medieval plague spread the same way, claiming that's the only way the disease could have infected so many people so quickly.

One proponent of the theory told The Guardian: "As an explanation for the Black Death in its own right, [rat fleas] simply isn't good enough. It cannot spread fast enough ... to cause the huge number of cases that we saw during the Black Death."