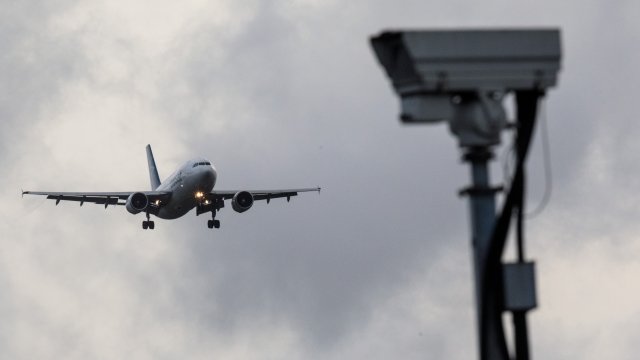 By Katherine Biek
December 21, 2018
The drones were first spotted flying near the airport on Wednesday evening.
SHOW TRANSCRIPT

Some passengers' spirits might be lifting at one U.K. airport that restarted operations Friday after being shut down for more than a day.

The runway at London's Gatwick Airport had essentially been shut down since Wednesday night because of dozens of drone sightings in the area.

An attempt to reopen the runway was unsuccessful Thursday morning when more drones were spotted. The airport finally started resuming operations for a "limited number" of planes early Friday. The New York Times reported at least 100 flights had already been canceled for the day.

Gatwick is one of the busiest airports in the U.K. Roughly 110,000 people across 760 flights were reportedly scheduled to pass through the airport Thursday. Some of the passengers who were supposed to land at Gatwick found themselves being diverted as far as Paris and Amsterdam.

Police don't believe the drones were terror-related, but they do think operators were using them to deliberately disrupt the airport. Under U.K. law, drone operators who fly their devices too close to an airport face a maximum sentence of up to of five years in prison and an unlimited fine. As of early Friday, police had not found the person or persons responsible.

An airport official said it expects all operations to be "back to normal" by the end of Saturday.