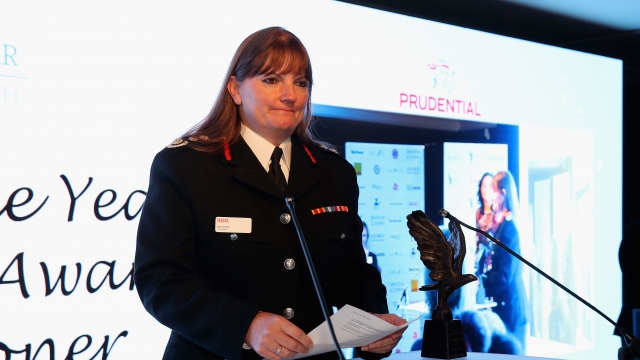 SMS
London's Fire Chief Resigns Amid Grenfell Tower Fire Criticism
By Katherine Biek
By Katherine Biek
December 6, 2019
Dany Cotton will officially step down from her role at the end of the year. That's four months earlier than she planned to retire.
SHOW TRANSCRIPT

The commissioner of the London Fire Brigade is resigning following renewed criticism over her agency's handling of the 2017 Grenfell Tower fire.

Dany Cotton will officially step down from her role at the end of the year. That's four months earlier than she planned to retire.

Relatives of the 72 victims of the Grenfell fire have long been calling for Cotton's resignation. They stepped up those calls following the October release of a critical public inquiry report that cited "significant systemic failings" by the London Fire Brigade.

The inquiry found that more lives could've been saved if fire officials had lifted their order for residents to "stay put" inside the burning building much earlier.

The report also scolded Cotton's "remarkable insensitivity" in the wake of the fire when she said she would not have had the agency respond any differently.

London Mayor Sadiq Khan thanked Cotton for her more than 30 years of service and said her decision to resign "is the right one."