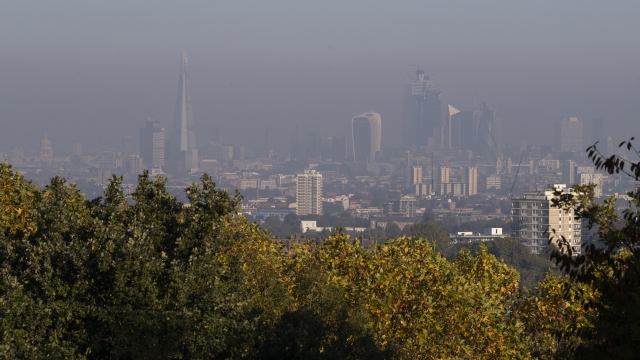 London is implementing a new pollution charge for certain cars that drive into a highly-trafficked part of the city.

The area is called the Ultra Low Emission Zone and will be in effect 24/7. Cars that aren't in compliance with set emission standards will pay around $16 per day for entering the zone. Heavy duty vehicles, like trucks and buses, would pay around $130.

The new charge is in addition to an existing congestion charge for central London. Those who don't pay the fee could face a fine of roughly $200.

London transportation officials say the move aims to cut down on the number of pollution-emitting cars and curb health risks related to harmful emissions, like asthma and cancer. The city estimates the new charge will affect around 40,000 vehicles daily.

London's mayor called the move the first of its kind in the world, and said the air pollution problem in the city is one of its "biggest national health emergencies" in recent years.

Critics of the plan say the additional cost has the potential to hurt smaller businesses in the area.