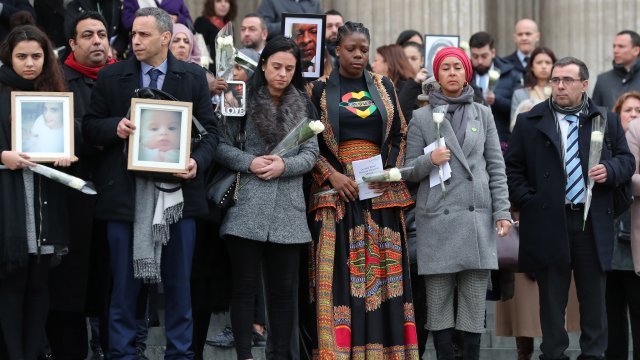 The U.K. Metropolitan Police department is investigating the London Fire Brigade for telling residents to "stay put" during the Grenfell Tower fire. The fast-spreading blaze killed more than 70 people.

One in a series of reports about the fire released Monday said encouraging people to stay in the building became bad advice about 30 minutes after the fire started but new orders weren't given until about two hours after it began.

But the Fire Brigade Union says there wasn't an "obvious and safe alternative strategy" due to the many safety issues at Grenfell Tower, including only having one exit stairwell.

A representative explained: "If there is no policy applied by the building owner which provides ... simultaneous evacuation and there are no evacuation plans and there are no general fire alarms - what is an incident commander on the fire ground to do?"

Further exacerbating the problem, cladding that failed safety standards was installed on the outside of the building during a refurbishment, making it a "highly combustible death trap," according to the brigade.

Still, a lawyer for the survivors argued it took firefighters too long to realize it was a "fire that could not be fought" and implied that there should have been a contingency plan in place.

The fire service will likely be judged under the Health and Safety at Work Act. Punishments are usually in the form of fines, but prison sentences are a possibility, according to the BBC.