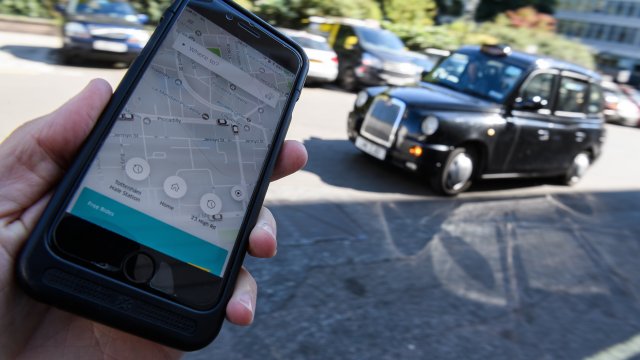 Uber just lost its license to operate in London.

The city's transportation authority, TfL, said Monday it "has identified a pattern of failures by the company including several breaches that placed passengers and their safety at risk."

This isn't the first time Uber has had issues with London. In 2017, TfL suspended the company's license because of safety concerns. In June 2018, it reinstated Uber's license for 15 months. Since then, TfL said the company has made some positive changes and increased its transparency. But it hasn't done enough.

In its denial announcement, the agency described Uber's operating system as "weak" and "easily manipulated." For example, TfL said the ride sharing company's app allowed unauthorized drivers to upload their photos to another driver's account. Those unauthorized people could then pick up passengers, and TfL says that happened at least 14,000 times.

Uber's CEO said on Twitter, "We understand we’re held to a high bar, as we should be. But this TfL decision is just wrong. Over the last 2 years we have fundamentally changed how we operate in London. We have come very far — and we will keep going, for the millions of drivers and riders who rely on us."

Uber has 21 days to appeal the ruling, and the company is allowed to continue operating while the appeals process is ongoing.