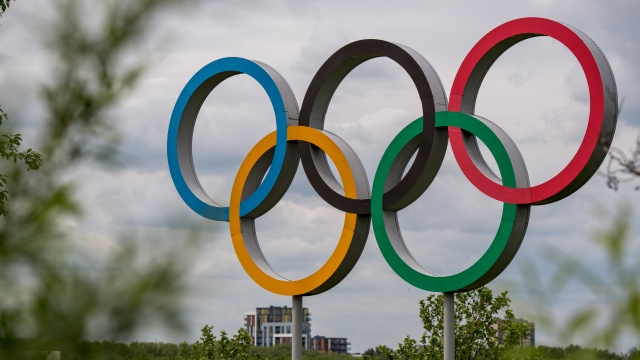 SMS
London Says It Could Host 2020 Olympics If Coronavirus Forces A Move
By Ahmed Jawadi
By Ahmed Jawadi
February 20, 2020
London mayoral candidate Shaun Bailey said the city already has "the infrastructure and the experience" from having hosted the event back in 2012.
SHOW TRANSCRIPT

A London Assembly member and mayoral candidate says the city would be ready to host the 2020 Olympics if the coronavirus outbreak forces the event to move from Tokyo.

In an interview with U.K. newspaper City A.M., Shaun Bailey said the International Olympic Committee should "seriously consider how London could stand ready to host the Olympics ... given the ongoing disruption caused by the coronavirus outbreak." He added that the city already has "the infrastructure and the experience" from hosting the quadrennial event back in 2012, and that he "will make sure London is ready to host the biggest sporting celebration again" if he's elected mayor.

A spokesperson for Mayor Sadiq Khan also told the paper that "in the unlikely event" the 2020 Games need to be relocated, "London ... will do its best to step up to the plate."

According to Japan's Health Ministry, there were nearly 100 confirmed coronavirus cases in the country as of Thursday. That's not including the hundreds of infected people aboard the Diamond Princess cruise ship, which has been docked at the Yokohama port since early February.

The International Olympic Committee said during a news conference last week it doesn't believe the coronavirus outbreak will stop the Tokyo Games from moving forward as planned. The Tokyo 2020 organizing committee told Reuters on Thursday it will keep working with agencies that monitor infectious disease cases and "will review any countermeasures that may be necessary" with those agencies.