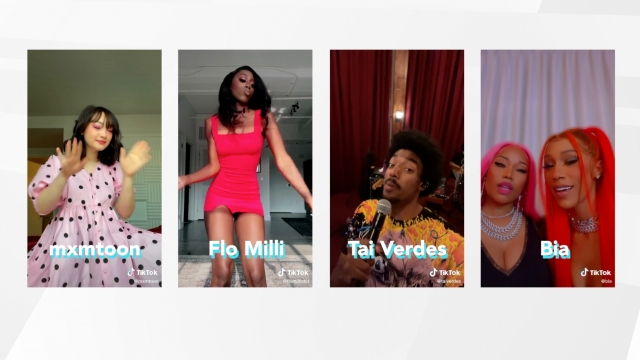 Viral TikTok musicians are moving from the vertical screen to the stages at Lollapalooza in Chicago this weekend.

Artists like mxmtoon, Flo Milli, Tai Verdes and Bia are all part of this year’s festival — and they’re drawing in their young fans from the platform.

Musician mxmtoon has over 2.6 million followers on TikTok, originally finding her audience in 2019 after the release of her song “Prom Dress” — which became a viral sound used in almost half a million videos on the platform.

The 21-year-old from Oakland California described the song as “embedded into meme culture,” which thanks to platforms like TikTok, is now one of the ways musicians can gain a following online.

But not all TikTok stars are new to the industry. Boston-area musician Bia has been releasing music for years now, but found new fans after going viral for “Whole Lotta Money.” The song is used in almost 300,000 videos on TikTok, and it has over 22 million views on YouTube.

These internet stars are sharing the stage this year with musicians like The Foo Fighters, Journey and Miley Cyrus. And after a year of the pandemic, it’s a big opportunity for TikTok artists to move from the virtual to physical stage.