With One Tweet From Trump, Defense Contractor's Value Drops $4 Billion 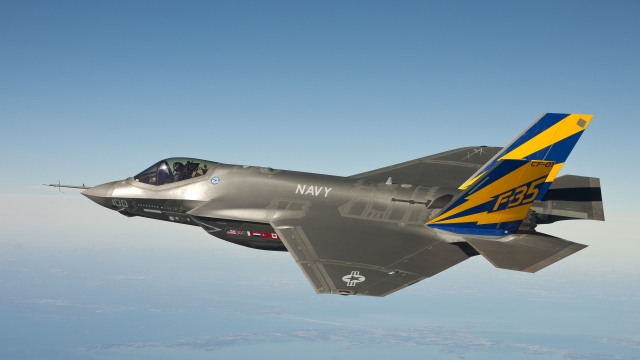 When Donald Trump says something's too expensive, the market listens.

The president-elect criticized the F-35 Lightning II aircraft program on Twitter, calling its cost "out of control." Stocks for Lockheed Martin, the nation's largest defense contractor, felt the heat soon after.

Trump didn't call out Lockheed by name, but after that tweet, the company's value dropped about $4 billion Monday. So each character of the tweet cost the company about $28 million.

Right before the election, the company inked a new F-35 deal with the Pentagon for roughly $6 billion.

F-35s are supposed to be the most lethal aircraft in modern history. But production and design delays have caused the costs to double.

Almost every defense contractor except Boeing has some hand in the F-35 program, and other companies saw their stock prices fall, too.

Boeing experienced its own stock plunge a week ago after a Trump tweet. He said he wanted to cancel a $4 billion Air Force One contract.