US Awards Lockheed Martin $1B Contract For Saudi Defense System 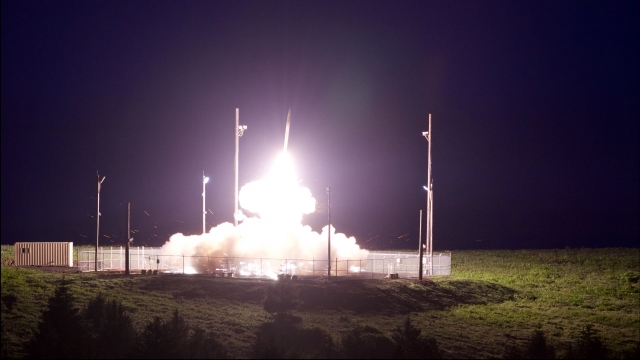 The U.S. government is awarding Lockheed Martin a nearly $1 billion contract to build a missile defense system for Saudi Arabia. It's a piece of what's expected to be a $15 billion deal.

As part of this contract, Lockheed Martin will provide Saudi Arabia with Terminal High Altitude Area Defense, or THAAD, long lead items, some tooling and test equipment, and key personnel and initial training development, among other things. The Defense Department announced the contract Monday.

In 2017, the U.S. and Saudi Arabia finalized an agreement for a $15 billion missile defense system. That deal was officially inked in November of last year. It said Saudi Arabia will buy 44 of Lockheed Martin's THAAD launchers, missiles and other equipment.

It's all meant to help boost Saudi Arabia's security against Iran and other threats in the region.

But the deal comes amid sharp criticism of the Saudi government following the death of journalist Jamal Khashoggi in October.

A State Department spokesman previously defended the deal, saying it represents a commitment by the U.S. and Saudi Arabia to "counter Iranian ballistic missiles by every means possible."