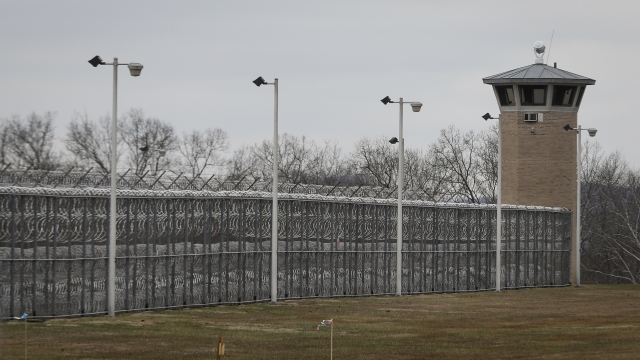 SMS
Local Judges Consider Vaccination Mandates In Probation Decisions
By Jamal Andress
By Jamal Andress
August 25, 2021
From rural Georgia to cities in Ohio, judges are offering reductions, changes in probation terms and other incentives in exchange for vaccinations.
SHOW TRANSCRIPT

From rural Georgia to the cities of Ohio, judges are offering reductions, changes in probation terms and other incentives in exchange for vaccinations.

"Because I won’t take a shot they can send me to jail," Brandon Rutherford said. "I don’t agree with it.”

Rutherford was told by Cincinnati Judge Christopher Wagner that he had 60 days to get vaccinated or risk being sent to prison.

“I'm just a judge, not a doctor," he said in court. "But I think the vaccine's a lot safer than fentanyl, which is what you had in your pocket.”

And Wagner isn’t the only one. Columbus, Ohio Judge Richard Frye issued vaccination requirements to three defendants back in June.

In a statement to Newsy, Judge Frye echoed a similar sentiment, saying, “Based upon all the publicly available medical evidence, vaccination would keep them safer.”

Judges in other states have made similar offers. And while there hasn’t been any formal legal challenges to these orders, legal experts caution if they continue, there could be.

"It's true that judges have a great deal of leeway in deciding conditions for probation, said David Carey, the legal director for the ACLU in Ohio. "At the same time … There is nothing that is more carefully protected in our system of constitutional law, than a person's right to control their own body."

Two weeks ago, Ohio experienced its biggest one-day jump in COVID cases since February and less than 50% of the population is fully vaccinated.

Nationwide, more than 90% of U.S. counties have substantial or high levels of COVID-19 transmission.

And since the pandemic began, America’s incarcerated population are among the hardest hit. According to the Marshall Project, 1 in 5 US prisoners has tested positive for COVID-19.

"While I personally may believe that it's a good idea for people to get vaccinated, it's a much greater step to then have a court order with the power of incarceration that someone get vaccinated," said Carey.

Sharona Hoffman, the co-Director of the Case Western Reserve University Law-Medicine Center, says bringing mandates to criminal justice system is very different from mandating vaccines at your place of business.

"If your employer asks you to get a vaccine, you can always quit your job and go find other employment or decide to take a break," she said. "In the criminal justice system, it's different."

Judge Frye in Columbus, Ohio also told Newsy while most of the defendants he’s seen still say they remain unvaccinated, he “has not formally ordered vaccinations beyond the three in June.”