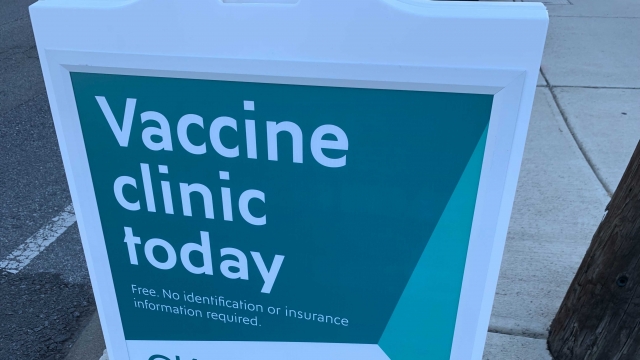 Local and state governments are finding new ways to combat hesitancy and encourage people to get vaccinated against Covid-19.

As vaccination rates tumble across the country, local and state leaders are having to find new ways to get more people vaccinated.

"We are knocking on doors to find and talk to texting like crazy and also calling cell phones home phones to make sure people know where and when they can get vaccinated," said David Sloan, director of public affairs for Prince George's County, Maryland.

Prince George's County Maryland is located just outside of Washington DC and is the second most populous county in the state but it lags behind when it comes to vaccination rates.

About 63% of county residents 18 and over have received at least one dose of the Covid-19 vaccine compared to 73% statewide.

Officials are dealing with hesitancy issues in the majority-minority county. But they are working to make the vaccines more accessible...including for working class families who might not always have the time or transportation to make it to appointments.

"While we are the most affluent African-American county in the U.S., we have a cross-section of folks across the income scale and levels. And I'd say, you know, it's not always easy to get to a vaccine clinic during the day, which is why we're deploying vaccine units to neighborhoods," Sloan said.

Biden administration officials have continued to target minority communities for vaccinations, along with putting a new focus on young adults amid the spread of the Delta variant of the virus.

"But there is a danger, a real danger that if there is a persistence of a recalcitrance to getting vaccinated, that you could see localized surges," said Dr. Anthony Fauci.

Meanwhile there's no shortage of state and local incentives like free food, drinks and even cash.

"We're in it for the long haul. And I'm absolutely sure that with all the work we're doing, our vaccination rate will be just fine," Sloan said.