Living Near A Starbucks Increases A Home's Value, Book Says 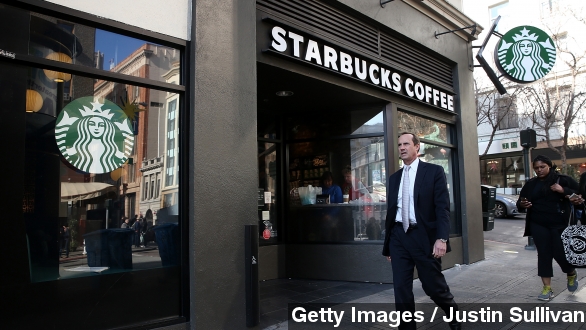 SMS
Living Near A Starbucks Increases A Home's Value, Book Says
By Katherine Biek
By Katherine Biek
January 29, 2015
Real estate website Zillow found that homes built near a Starbucks have appreciated 96 percent in value over the past 17 years.
SHOW TRANSCRIPT

Yes, it seems living near a Starbucks puts more bucks into the value of your home. (Video via Starbucks)

This information comes out of the new book "Zillow Talk: The New Rules of Real Estate."

And an excerpt from the book published in Quartz explains they discovered homes within a quarter to half-mile radius to a Starbucks appreciated over 21 percent in value five years after the location opened. Homes farther away only appreciated 17 percent.

Now, Zillow didn't note what states the homes they analyzed were located in, but ABC's Lara Spencer is hopeful.

"We wondered if it works for the apartments near the over 200 Starbucks on just about every street corner here in New York City," ABC anchor Lara Spencer said.

So, now you've got to know: How does Starbucks pick its locations?

Last year, Forbes reported the coffee giant utilizes data-mapping software to determine where new customers can be found and where to place new stores so they don't compete with already existing ones.

Currently, the company has more than 20,000 locations all over the world. So if you're looking for a new place to live, it's a decent bet you'll probably be able to find one with a Starbucks close by.