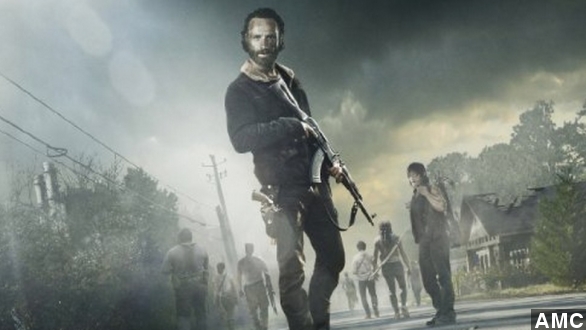 We were expecting the puns with this zombietastic news, and we got 'em. "Killer investment!" ... "A no-brainer" ... "dead serious about selling."

Grantville's former mayor Jim Sells, who is still a human, bought the properties out of foreclosure. WXIA says now he's ready to sell it to someone with commercial property experience.

"The hard work's been done. The reconstruction, the renovations, they've been done. We're looking for somebody to put it all into action," Sells told WXIA.

Sells said the big moneymaker for his city are "The Walking Dead" tourists, who apparently come from all over the world.

And with 20-25,000 square feet up for grabs, there's a lot of space to build your very own zombie wonderland.