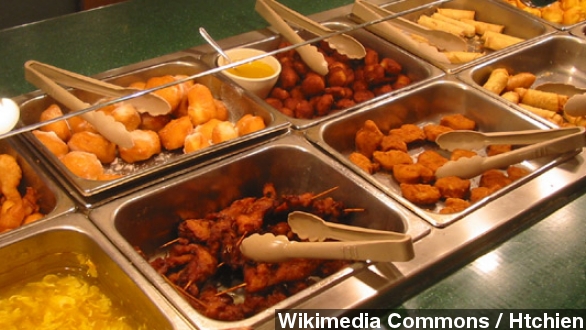 Scary statistics from the CDC, as a new report says the prevalence of foodborne illness in the U.S. remains high.

"Very little improvement in food poisoning cases over the past five years." (Via KMVU)

As HealthDay reports, that's the highest the number reported since the CDC started tracking the infection nearly 20 years ago.

Similarly, infections with campylobacter rose some 13 percent over the same time period. That infection is most often found in chicken and dairy products. (Via Centers for Disease Control and Prevention)

But it wasn't all bad news from the report.

It notes the number of cases of salmonella, which is the most common form of foodborne infection, actually dropped 9 percent. (Via Wikimedia Commons / Cyb-cd)

So what to make of all those numbers? Quoted by The Baltimore Sun, the deputy director of the CDC's Foodborne, Waterborne and Environmental Diseases Division says:

"This year's data show some recent progress in reducing salmonella rates, and also highlight that our work to reduce the burden of foodborne illness is far from over."

So, still a lot of work to do. And KTVZ points out foodborne illness might be more prevalent than many of us think. "Food poisoning is a big deal. One in every six Americans gets food poisoning every year, with about 100,000 people going to the hospital."

According to the CDC, some ways to avoid foodborne illness include cooking food thoroughly, keeping food properly refrigerated and avoiding cross-contamination.