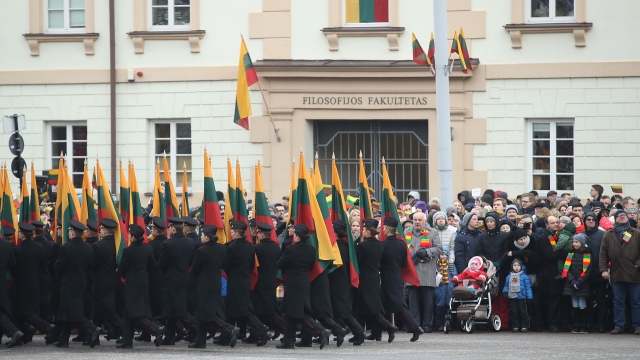 Elves in the North Pole might make presents but elves in Lithuania they fight disinformation. Thousands of them have been battling Russian trolls online for the past five years.

"My computer, there is my battlefield," one elf says.

Newsy is concealing this elf’s name and appearance because of his security concerns. He calls himself “Hawk,” after the nom de guerre of a Lithuanian commander who resisted Soviet occupation in the 1940s.

"So why are you called elves?"

"It was a simple decision that trolls are ugly creatures and elves, bright creatures."

Lithuania is highly sensitive to Russian aggression. The small country was once a part of the Russian empire and occupied by the Soviet Union. It was the first country to declare independence from the Soviet Union in 1990.

And when Russian troops invaded Ukraine and annexed the Crimean peninsula, many Lithuanians felt the danger wasn’t far away. Their foreign minister likened Russian-state funded media to its military marching in Ukraine.

"The trolls are paid. We are not paid. That's why we are really a pain in the ass for them."

In 2014, the elves tried to drown out disinformation posted in comment sections. Today they monitor troll activities, report trolls on Facebook, and warn entities like media outlets and the military about false narratives being pushed online.

"What are some of the trends that you're seeing in terms of what disinformation is coming out now versus years ago?"

Unfortunately it is getting more and more intense... Like NATO tanks, German tanks, based in Lithuania, that they destroyed a Jewish cemetery, making fake photos made by Photoshop.

Last year, a Lithuanian TV station’s website was hacked and minutes later a fake story about Lithuania’s Defense Minister was posted on the site.

"We still remember Russian tanks leaving Lithuania and we don't like to get them back."