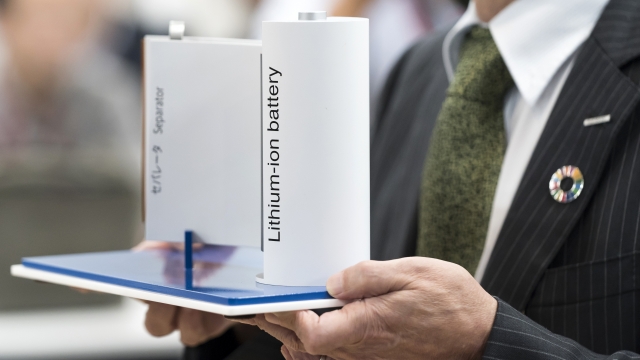 This year's Nobel Prize in Chemistry was awarded to three people who were fundamental in creating a device people across the world now use daily: lithium-ion batteries.

The Royal Swedish Academy of Science said in its statement that lithium-ion batteries "have revolutionized our lives since they first entered the market in 1991."

Whittingham developed the first working lithium battery in the early 1970s. But the metallic lithium used in the battery "was too explosive to be viable."

Then in 1980, Goodenough discovered he could double the voltage of Whittingham's battery from two volts to four volts.

And in 1985, Yoshino successfully created the first commercially viable, rechargeable and much safer lithium-ion battery.

Today, lithium-ion batteries are used in everyday devices like cellphones, laptops and even electric vehicles.

The Nobel Prize committee says the lithium-ion battery "laid the foundation of a wireless, fossil fuel-free society, and are of the greatest benefit to humankind."