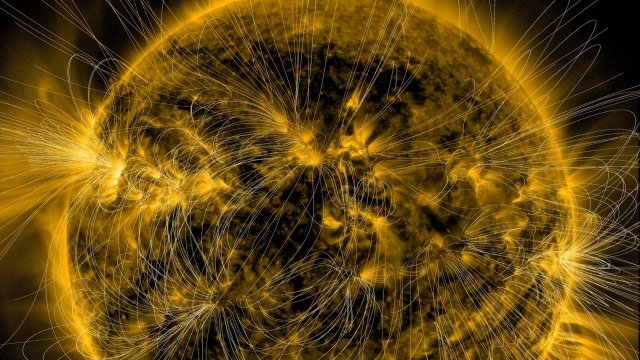 SMS
How To 'Listen' To The Eerie Sounds Of Space
By Evan Thomas
By Evan Thomas
October 31, 2017
When you turn radio waves into sound waves, you can hear the otherworldly howling coming from every corner of the cosmos.
SHOW TRANSCRIPT

Sound can't travel in the vacuum of outer space, but we can still detect haunting noises out there.

In space, electromagnetic waves are everywhere. Instruments on our probes and telescopes can capture and process some of this radio data into audible — and eerie — sound.

With a little tweaking, we can listen to Jupiter's magnetic field interact with solar wind. We can "hear" the sun, passing comets or even pulsars 1,000 light-years from Earth.

But could we ever hear any audible cosmic sounds with our own ears? For starters, we'd need a medium thick enough to carry vibrations in wavelengths humans can hear: in other words, an atmosphere. 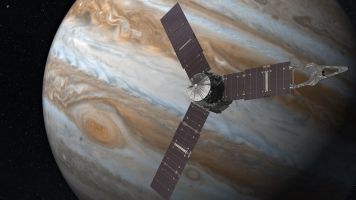 Mars' atmosphere can carry sound, but it's about 100 times less dense than Earth's, so loud noises travel only a few hundred feet. And future astronauts won't take their helmets off to listen; that atmosphere is mostly carbon dioxide and deadly cold.

But soon, we'll have the chance to record and maybe listen to whatever is out there. The Mars 2020 lander is slated to carry a pair of regular acoustic microphones.