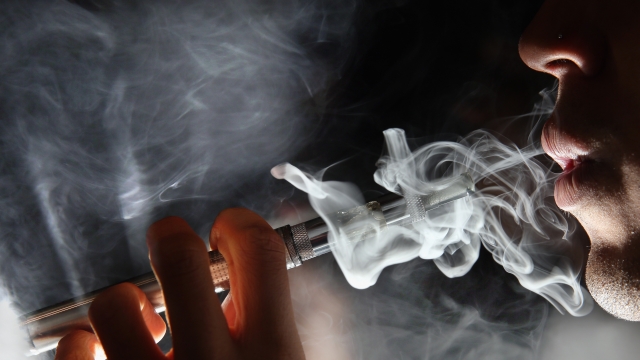 SMS
CDC Releases List of Vape Brands Linked to Respiratory Illnesses
By Gage Jackson
By Gage Jackson
December 10, 2019
The Center for Disease Control released a list of vape brands that are most commonly linked to lung-related illnesses and hospitalizations.
SHOW TRANSCRIPT

The CDC has released the first list of vape brands most commonly linked to the recent lung-related illnesses.

The CDC included brands like TKO, Smart Cart and Rove, but the most commonly used product among sick patients was Dank Vapes.

As Newsy's previously reported, "Dank Vapes" is a generic label that can be bought online — allowing black market sellers to put it on any product regardless of what it is or how it was made.

Some brands are attempting to combat the use of their name on the black market by adding scannable QR codes to their products to help users confirm its legitimacy.

Rove says, "If your [Rove] cartridge box does not have a QR code, unfortunately it is counterfeit. Genuine Rove products are only sold in licensed dispensaries. If you bought it anywhere else, it is counterfeit."

Although the number lung injury cases appears to be declining, investigators want more data before narrowing down a culprit. The CDC advises people to refrain from using vaping products and for states to remain vigilant with these cases while they investigate.