Lisa Borders Resigns As President And CEO Of Time's Up 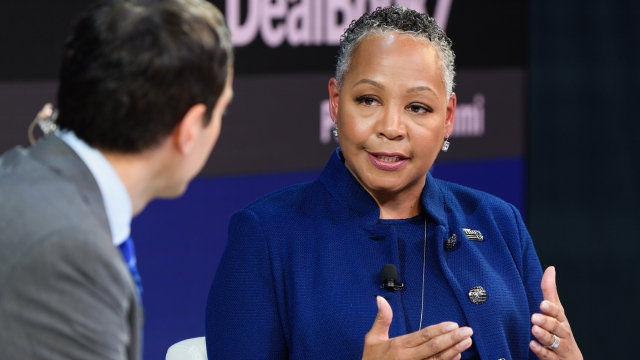 Lisa Borders has stepped down as the president and CEO of Time's Up.

She made the announcement on Twitter Monday, citing "family concerns."

The Time's Up movement just marked its first anniversary on Jan. 1. More than 1,000 women in the entertainment business created the campaign to combat sexual assault, harassment and inequality in the workplace.

In her goodbye statement, Borders said, "I appreciate the opportunity to support this mission and I hope my efforts will continue to resonate."

Statement from Lisa Borders and TIME’S UP pic.twitter.com/d7YXIKwH9r

Time's Up issued a statement of its own, saying, "We know that it is the right decision for Lisa as well as the organization."

Time's Up said its COO, Rebecca Goldman, will serve as interim CEO while it searches for Borders' replacement.