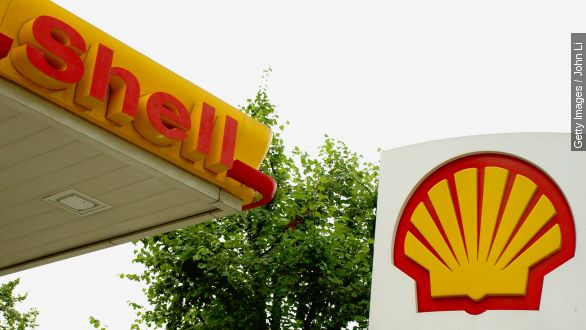 In one of the largest deals for the energy industry in recent history, Shell Oil Co., is buying Britain's BG Group for $70 billion. While many were quick to point out the deal's timing coincides with the massive drop in oil prices over the past year...

"It comes as energy companies try to reduce costs and become more efficient following the plunge and the price of oil," said a Fox Business correspondent.

Shell's CEO Ben van Beurden tells CNBC that's not the only motivation behind this deal.

"This is as much about gas as it is about oil. In fact, it's probably even more about gas," said a CNBC correspondent.

Though van Beurden did say oil prices at least played a part.

This agreement comes on the heels of the $35 billion deal Halliburton and Baker Hughes agreed to late last year.

Shell's purchase of BG Group also gives it a strong foothold in markets like Australia, where liquified natural gas is a growing innovation. LNG is easier to store and ship worldwide.

In fact, that might just be the crown jewel of this whole deal. By Forbes' 2014 estimates, Shell is worth more than 3.5 times BG Group's market cap and might have the financial strength to take LNG to another level.

The acquisition means Shell will leapfrog Chevron and dominate the LNG market.

An equity analyst for RBC Capital Markets told The Financial Times, "BG's LNG portfolio combined with Shell's would represent circa 40m tons per (year) or roughly 16 per cent of the global LNG market, further propelling Shell's position as a leader in this area."

The cash and stock deal would add some 25 percent to the company's oil and gas reserves and 20 percent to its production. BG Group shareholders will receive a 50 percent premium of Tuesday's closing price from Shell.

This video includes images from Shell and Getty Images.