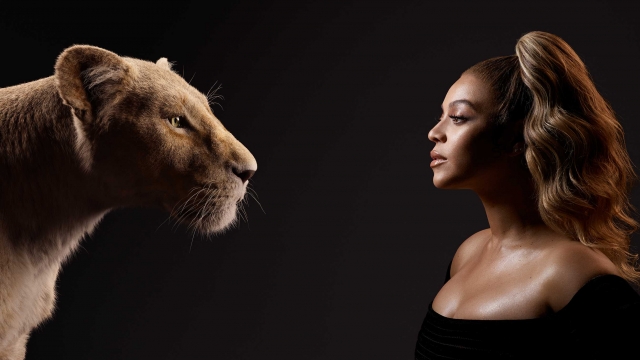 When it comes to 'Lion King: The Gift,' it's all in the name.

It was a gift the public didn't see coming for the remake of Disney's 1994 classic.

But for the queen who says 'do everything with intention,' she was adamant about bringing in artists who could contribute to what she called in an exclusive interview with GMA, a 'love letter to Africa.”

"I wanted it to be authentic to what is beautiful about the music in Africa," Beyoncé said.

She and artists like Yemi Alade, Mr Eazi, and Tiwa Savage delivered.

And music critics picked up what they put down. It's a significant difference from the mixed reviews the live-action film has received.

So did music lovers. 'Lion King: The Gift' has made its mark on several Billboard charts.

And singles like 'Mood 4 Eva' and 'Brown Skin Girl' cracked into Billboard’s 'Top 100.'

While the album is critically acclaimed, it's not crazy successful in the bank.

It sold the equivalent of 54,000 units in its first week according to Nielsen Music.

But the album is cashing in on cultural significance, particularly the song featuring Beyoncé's daughter, Blue Ivy Carter.

Fans reacting to the track say it beautifully combats colorism. The Oxford dictionary defines it as "Prejudice or discrimination against individuals with a dark skin tone, typically among people of the same ethnic or racial group."

It's a message lovers of the song collectively say is important, especially for the next generation of brown skin girls to hear and celebrate.