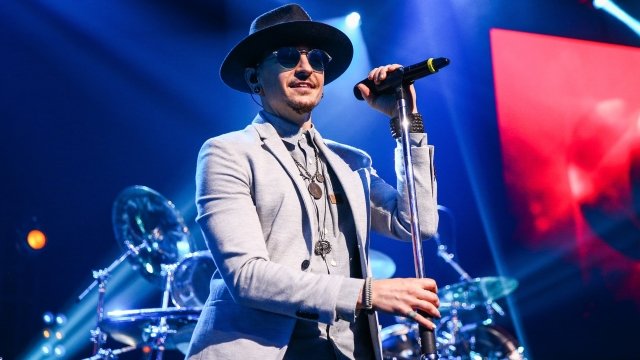 The 41-year-old died in a California home. His death is being investigated as a potential suicide.

The Grammy-winning band released its seventh studio album, "One More Light," in May. The One More Light World Tour was slated to start next week.

In a 2011 interview with The Guardian, Bennington spoke openly about his struggle with addiction, which he believed was fueled, in part, by being sexually abused as a child.

Bennington was close to Soundgarden frontman Chris Cornell. After Cornell's suicide in May, Bennington wrote an emotional open letter and performed at his funeral. Bennington's death Thursday came on what would have been Cornell's 53rd birthday.

Bennington is survived by his wife and six children.