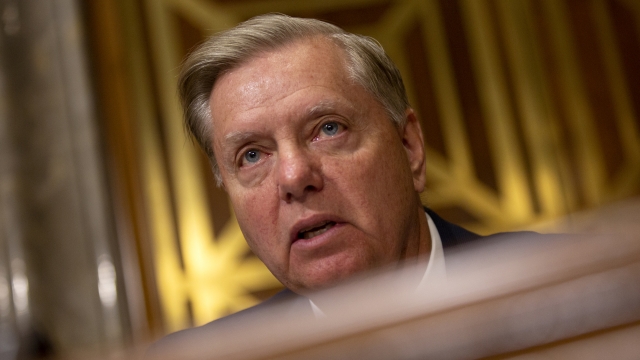 Graham said Tuesday he wants Giuliani to share his concerns with the Senate Judiciary Committee about the "disturbing allegations ... surrounding the firing of former [Ukraine] Prosecutor General Viktor Shokin." He added it was now the time for the Senate to begin looking into the allegations involving Ukraine "given the House of Representatives' behavior." He later tweeted he was "tired of only hearing one side of the story" and that it "was now time to give voice to everything Ukraine. Let the chips fall where they may!"

Giuliani has claimed without evidence former Vice President Joe Biden got Shokin fired to stop an investigation into a Ukrainian gas company that his son Hunter Biden was involved in between 2014 and 2018.

Graham's offer comes a week after three House committees subpoenaed Giuliani for documents related to his communications with Ukraine. The subpoenas are part of the impeachment inquiry against President Trump.

In response, Giuliani told CNN he "might be able" to appear before the committee, given he won't have to discuss privileged information.