Lindsay Lohan: 'I Had A Miscarriage' 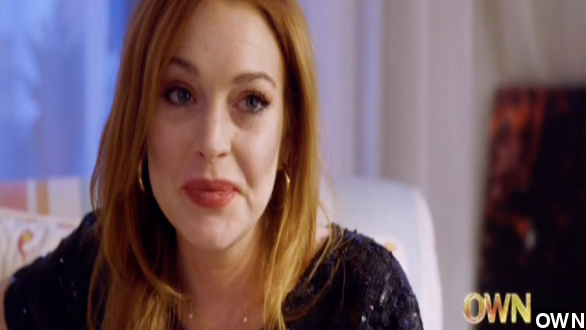 SMS
Lindsay Lohan: 'I Had A Miscarriage'

By Cliff Judy
April 21, 2014
In the finale of her OWN docuseries, Lindsay Lohan dropped a bomb revealing why she refused to film for the show for two weeks.
SHOW TRANSCRIPT

In the final episode of her docu-series on the Oprah Winfrey Network, Lindsay Lohan dropped a pretty big bomb explaining why she refused to film for two weeks.

LOHAN: ​“No one knows this, and we can finish after this. I had a miscarriage for those two weeks that I took off. It's a very long story." (Via OWN / "Lindsay")

Lohan declined to say who the father was, and it seemed to pretty much take everyone by surprise.

Also during the "Lindsay" finale, Lohan talked about the now infamous list of her sexual partners saying whoever leaked the list was a "desperate" person. (Via In Touch)

She told Andy Cohen of Bravo's "Watch What Happens Live" a few days before the finale writing out the list was part of Step 5 in her recovery through Alcoholics Anonymous, which is admitting past wrongs.

As with any big celebrity tell-all that doesn't actually tell all, online speculation started up almost immediately looking for more details.

As The Hollywood Gossip put it, "We don't wish that kind of pain on anyone, although we (and everyone else) are wondering who got her pregnant."

"Lindsay" hasn't exactly been what OWN was probably hoping for ratings-wise. While OWN reported year-to-year gains for the Sunday 10:00 p.m. time slot, that isn't exactly difficult to pull off on the fledgling network. Several celebrity media outlets report "Lindsay" will not return for a second season. (Via The Wrap, Radar Online & Celebuzz)