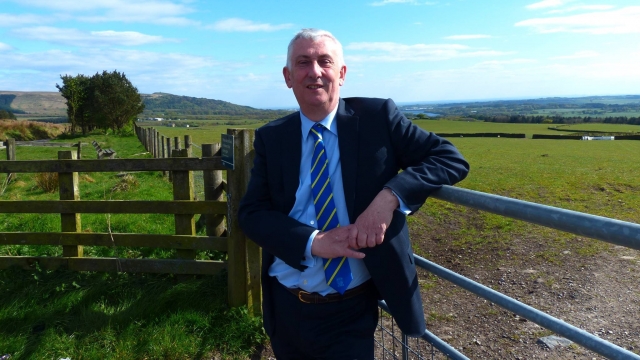 Sir Lindsay Hoyle is the new speaker of the U.K.'s House of Commons.

Members of Parliament held four rounds of voting via secret ballot on Monday. Hoyle beat six other candidates and secured more than 50% of the votes in the final round. He had served as the deputy speaker to former House of Commons Speaker John Bercow since 2010. Bercow, who'd served in the position for more than a decade, stepped down last month.

Hoyle will have to leave the Labour Party in order to take on his new role. In his acceptance speech, he promised to remain "neutral" and "transparent" and said the "House will change, but it will change for the better."

"It's about the challenge ahead for me and this chamber. I stand by what I've said. I stand firm. I hope this House will be once a great respected House, not just in here but across the world. That once again we will be the envy. It's the envy, we got to make sure that tarnish is polished away, that the respect and tolerance that we expect from everyone who works in here will be shown and will keep that in order."

Hoyle was elected just two days before Parliament is set to dissolve ahead of an early general election. He'll officially take his place as Speaker of the House of Commons at the first sitting of the new Parliament after the election on Dec. 12.