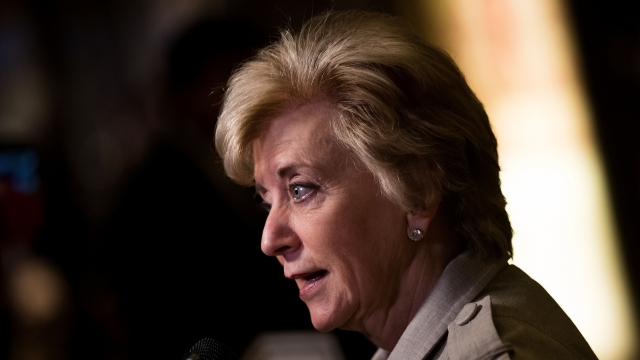 Linda McMahon, the former CEO of World Wrestling Entertainment, is stepping back into the ring — the political ring, that is — as the head of the Small Business Administration for President-elect Donald Trump.

The Small Business Administration has offices in every state — as well as Washington, D.C., and Puerto Rico — and helps entrepreneurs start and grow small businesses.

Trump praised McMahon for her time as CEO of WWE. With her at the helm, the company grew from a 13-person business to an international enterprise.

The two met in November to discuss the government office.

But their relationship goes back further than that. Trump has appeared on many WWE programs, and the president-elect is even a member of the WWE hall of fame.

In 2010 and 2012, McMahon campaigned for a Senate seat in Connecticut but wasn't successful in either of her bids for office.

Since those unsuccessful campaigns, McMahon has been a major donor to GOP causes all over the U.S.