Owner Of Limo Vandalized At Trump Protest Speaks Out 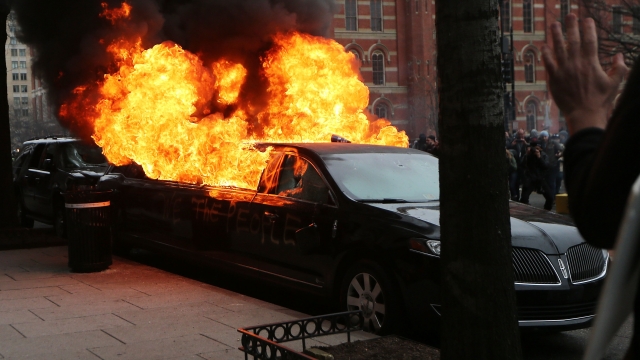 SMS
Owner Of Limo Vandalized At Trump Protest Speaks Out
By Grant Suneson
By Grant Suneson
January 25, 2017
The owner of a limousine set on fire during Trump protests condemned the vandalism.
SHOW TRANSCRIPT

A burning limousine was one of the enduring images from the protests that sprung up in Washington, D.C., during President Donald Trump's inauguration.

Now, the head of the company that owned that limo is speaking out against the vandalism that could cost him tens of thousands of dollars.

Muhammad Ashraf owns Nationwide Chauffeured Services, which operated the limo that was set ablaze. He also happens to be a Muslim immigrant, a group Trump repeatedly targeted on the campaign trail.

Trump promised to ban all Muslim immigrants from entering the U.S., though he later softened his stance to what he calls "extreme vetting." 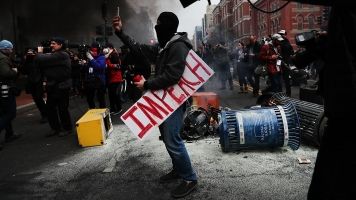 Now, Trump is reportedly preparing to sign an order banning immigrants from predominantly Muslim countries like Iraq, Iran and Syria.

Ashraf told BuzzFeed News the damage could set his business back between $70,000 and $100,000. He had already booked events for that limo before it was destroyed.

He said he was disappointed that some of the protesters ended up being destructive. He said, "They have all the right to go out and protest and have their voice heard, but destroying property does not do anything better."

Ashraf also said he and the driver received harassing phone calls from people who accused them of being Trump supporters. He declined to share his political views.

Another limousine company in Florida set up a GoFundMe page to help replace the vehicle. It has raised more than $14,000 of its $20,000 goal in its first three days.

The D.C. police department blamed the vandalism on an organized group of people and said many of its members had been arrested.