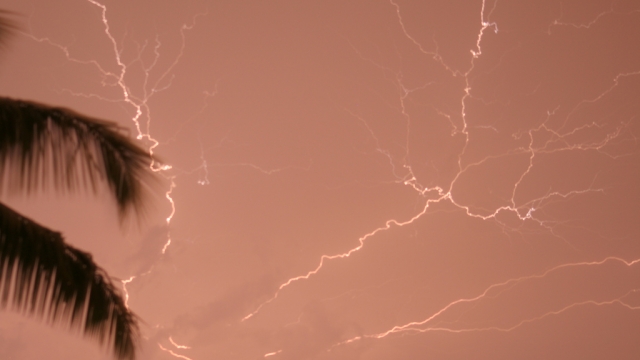 Dozens of people have died after storms and lightning strikes swept through multiple states in India on Tuesday.

Local media put the death toll from 76 to as high as 98 people, and several more have been injured.

The government will be granting almost $6,000 in financial assistance to each of the victims' families.

India has just entered its monsoon season, where rains and storms are common. Heavy rains will likely continue across the area for at least the next day.

This is especially dangerous for outside workers, like farmers, who were reportedly the majority of those killed by the lightning strikes.

Lightning strikes in India cause 2,000 deaths every year — more than any other natural disaster like floods or cyclones.

For perspective, the number of lightning-caused deaths in the U.S. was 27 in 2015. Of course, the U.S. has a substantially smaller population than India.

This video includes clips from Lankasri News, whatifwechange / CC BY 3.0, Times Now and IndiaTV, and images from Getty Images.