High-Level US Delegation In China To Continue Trade Talks 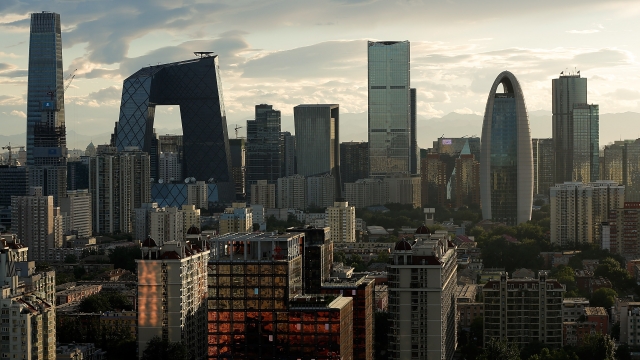 A high-level U.S. trade delegation is in Beijing this week to continue trade talks.

U.S. Trade Representative Robert Lighthizer and Treasury Secretary Steven Mnuchin made the trip. After discussions in Beijing this week, a Chinese delegation will head to Washington for more discussions on May 8.

On the agenda: trade issues like intellectual property, agriculture and forced technology transfer — just to name a few.

Mnuchin told reporters in Beijing Tuesday he hopes to make "substantial progress" in the next couple rounds of talks.

So far, trade discussions have reportedly gone well. President Donald Trump said earlier this month that the U.S. and China were "getting very close to making a deal."

But the two sides have been at odds over several key issues. A source with knowledge of the ongoing negotiations previously told Newsy that one of those issues is how quickly the U.S. will lift tariffs on China. China, of course, wants it to happen quickly, but that source said the U.S. isn't on board with that plan.

This kind of back-and-forth between the two countries has been going on for months. Both countries have slapped tariffs on hundreds of billions of dollars of each other's goods.