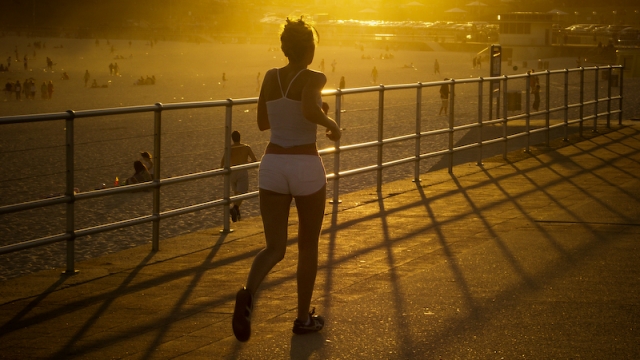 SMS
Life Expectancy For White Women In The US Suffers A Rare Drop
By Matt Moreno
By Matt Moreno
April 20, 2016
The dip in the life expectancy for white, non-Hispanic women in the U.S. was small but very significant, the CDC says.
SHOW TRANSCRIPT

It's a small and rare decline in life expectancy for women, but the Centers for Disease Control and Prevention says it's extremely significant.

The life expectancy of white, non-Hispanic women in the U.S. dipped from 81.2 years to 81.1 years from 2013 to 2014, according to the CDC's National Center for Health Statistics.

While it's a fraction of a year, the CDC says it shows a bigger problem for a wealthy nation.

A CDC demographer told The Washington Post the decline can, in part, be attributed to drug overdoses, smoking, alcohol, disease and suicide.

"Increases in ... suicide, chronic liver disease and unintentional poisonings were so large that they had a negative effect on life expectancy."

The report showed bad news for white females, but relatively good news for other demographics.

Hispanics and blacks both saw gains in life expectancy. The numbers for white males stayed the same.