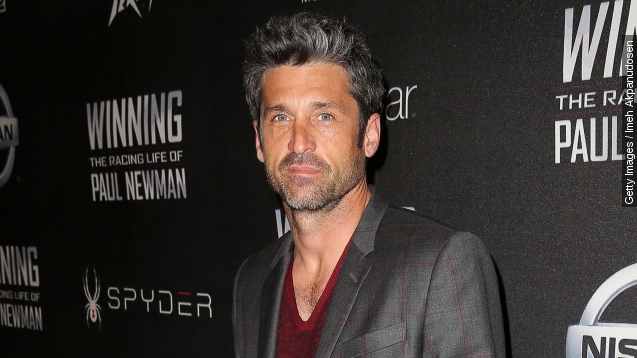 When Patrick Dempsey was killed off on "Grey's Anatomy," it left fans devastated when the relationship between one of TV's favorite couples ended. (Video via ABC / "Grey's Anatomy")

"I love you Meredith Grey, and I want to spend the rest of my life with you," Dempsey says.

Similar to how fans look at Robert Downey Jr. and see Iron Man, people look at Dempsey's Derek Shepherd and think "McDreamy." So how do you break out of that role? (Video via Walt Disney Studios / "Iron Man 3")

Well, he may not ever — but he's certainly trying. Dempsey is in talks to star in the next Bridget Jones installment, "Bridget Jones's Baby."

Renee Zellweger and Colin Firth will both return to the film, but Hugh Grant will not. (Video via Miramax / "Bridget Jones's Diary")

And since Dempsey's character hasn't been announced, we're wondering if he'll be stepping into Grant's shoes as Firth's rival in the film. (Video via Miramax / "Bridget Jones's Diary")

But also, will Dempsey have an American accent or a British one? Because we can totally get on board with a British Patrick Dempsey.

Fans have been anticipating another installment in the franchise ever since the sequel, "Bridget Jones: The Edge of Reason," came out in 2004.

That film earned $262 million worldwide on a $40 million budget, while the original film made $281 million globally off a $25 million budget.

So, bottom line: Interest for the franchise didn't wane that much between the first and second movies.

And now that we'll be seeing the third film over 11 years after the second, there's an entire new generation to tap into for profits. (Video via Miramax / "Bridget Jones's Diary")