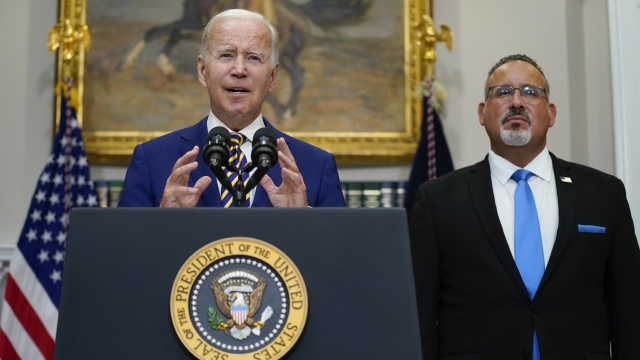 A libertarian group in California filed a legal challenge to President Joe Biden’s plan for student debt cancellation on Tuesday, calling it an illegal overreach that would increase state tax burdens for some Americans who get their debt forgiven.

The lawsuit, believed to be the first targeting President Biden’s plan, was filed by the Pacific Legal Foundation, a Sacramento legal advocacy group. It was filed in federal court in Indiana, one of several states that plan to tax any student debt canceled by the president’s plan.

The suit’s plaintiff is Frank Garrison, described as a public interest attorney who lives in Indiana and is employed by the libertarian group. 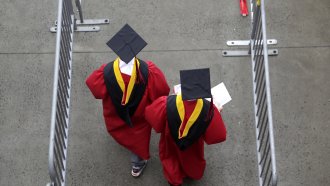 Garrison is on track to get his student debt erased through a separate federal program for public servants. Although most borrowers will need to apply for the federal plan, Garrison and many others in that program will automatically get the relief because the Education Department has their income information on file.

President Biden’s plan would automatically cancel up to $20,000 of Garrison’s debt, which in turn would trigger an “immediate tax liability” from the state of Indiana, according to the suit. Under the debt forgiveness program he’s enrolled in now, canceled debt cannot be taxed.

“Mr. Garrison and millions of others similarly situated in the six relevant states will receive no additional benefit from the cancellation — just a one-time additional penalty,” the suit argues.

Any student debt forgiven under President Biden’s plan would also be subject to state taxes in Arkansas, California, Minnesota, Mississippi, North Carolina and Wisconsin, unless lawmakers in those states change their current laws.