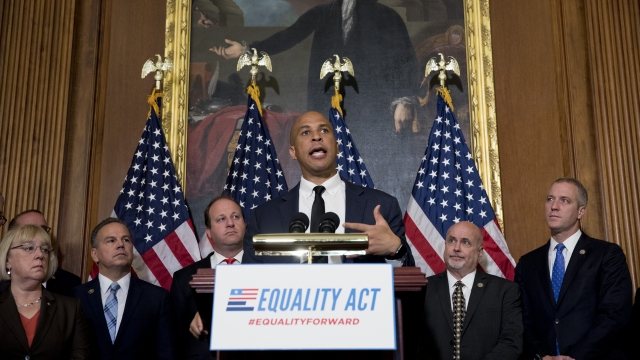 SMS
Equality Act Gets Historic Amount Of Congressional Support
By Katherine Biek
By Katherine Biek
May 3, 2017
It seeks to amend the Civil Rights Act of 1964 to include gender identity and sexual orientation.
SHOW TRANSCRIPT

Federal lawmakers want to make it illegal to discriminate against a person because of their sexual orientation or gender identity.

"Today in most states, you can get married on Saturday, post your wedding photos on Facebook on Sunday and get fired from your job or get kicked out of your apartment on Monday just because of who you are. This is completely wrong," Rep. David Cicilline said Tuesday in a press conference.

So they've re-introduced the Equality Act, which seeks to amend the Civil Rights Act of 1964 to include gender identity and sexual orientation.

The Equality Act would also change the Fair Housing Act, which makes it illegal to refuse to sell or rent a home to someone based on the same five factors.

Half of the country's LGBTQ population live in states that currently allow employment, housing or public accommodations discrimination based on sexual orientation or gender identity. 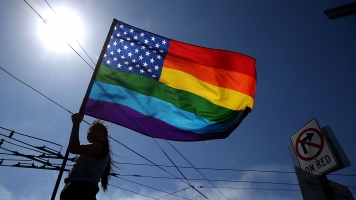 The Equality Act was first introduced in the House in 2015, but it died in subcommittee.

This time around, the bill is co-sponsored by at least 240 lawmakers from both the House and the Senate. It's reportedly the most support a piece of pro-LGBTQ legislation has ever received from its onset.

U.S. Rep. Ileana Ros-Lehtinen of Florida is the only Republican co-sponsoring it. She recently announced her plans to retire next year.