Those Who Live And Work Near Levees All Want Something Different 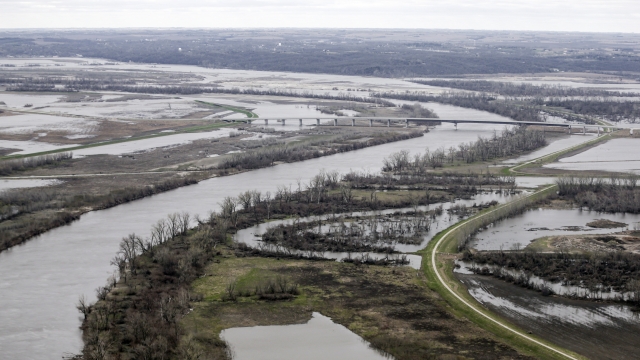 SMS
Those Who Live And Work Near Levees All Want Something Different
By Cliff Judy
By Cliff Judy
March 13, 2021
After repeated floods, those who live and work near U.S. levee systems agree something has to change. Getting them to agree on what is tough.

With another year of devastating floods along Midwest rivers, those who live or work near them believe hard conversations are coming. The question is once again being asked, how do you protect everyone from rivers impossible to entirely control?

On the coasts, the looming issue is obvious. Experts warn rising sea levels due to climate change will fundamentally alter coastal communities worldwide.

But inland, it's more complicated. Yes, climate change has a major effect in making the wet seasons wetter and the dry seasons more drought-prone. But along major U.S. river systems, every river and levee policy change has a potential ripple effect to the people and property surrounding them.

Stakeholders believe (often with good reason) a move benefiting someone else may hurt them.

No one agency is charged with maintaining the tens of thousands of miles of U.S. levee systems, but the Army Corps of Engineers does manage much of the nation's rivers. And the corps has eight authorized purposes on rivers — flood control, river navigation, hydroelectric power, irrigation, water supply, water quality, recreation, and fish and wildlife.

So it's no surprise finding solutions to benefit everyone is incredibly difficult.