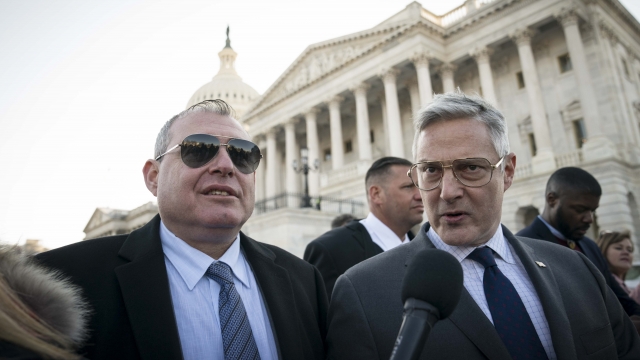 Lev Parnas has emerged as a key potential witness in the Senate impeachment trial of President Donald Trump.

In a number of high-profile media appearances, Parnas has leveled serious accusations against the president, vice president and now even Sen. Lindsey Graham. He even showed up on Capitol Hill during the trial with his lawyer Joseph Bondy as the pressure intensified on Republicans to call witnesses.

"My goal is hopefully to look at these senators and have them look at me and see that we need to call witnesses."

"Hopefully our presence will have some value, some greater value, to the public and to the senators in pushing this movement towards a fair trial."

Many of Parnas’ explosive accusations have yet to be confirmed. And they have often been denied by the President and his allies.

Parnas told CNN that Sen. Lindsey Graham was in the loop on affairs in Ukraine before he even got involved. The senator's office denied those accusations, telling Newsy that Parnas himself has said he never spoke to Graham.

Bondy has been releasing photos and video of Parnas with the president and other people in his orbit.

Bondy told reporters that a few more recordings have been handed over to the House and may surface -- and media outlets have released a new video from an event at Mar a Lago with Parnas, the president, and Republican National Committee Chairwoman Ronna McDaniel. Last month, Newsy spoke to Bondy, asking him why Parnas should be trusted and what his motivation was. He told us:

Parnas was charged with campaign finance violations. He couldn’t enter the trial gallery because he’s wearing an ankle monitor and electronics aren’t allowed.