A Rudy Giuliani Associate Is Now Complying With Impeachment Inquiry 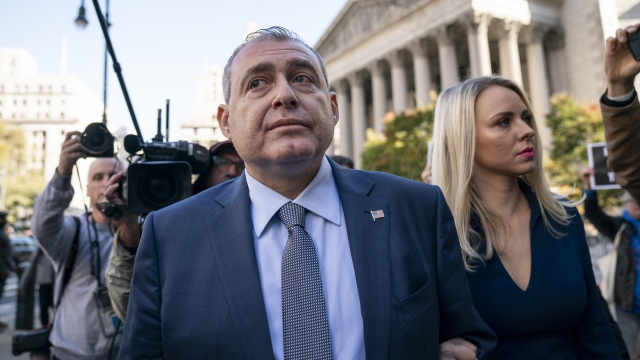 SMS
A Rudy Giuliani Associate Is Now Complying With Impeachment Inquiry
By Katherine Biek
By Katherine Biek
November 5, 2019
Lev Parnas' attorney confirmed the news, saying "We will honor and not avoid [congressional] requests to the extent they are legally proper."
SHOW TRANSCRIPT

A businessman associated with Rudy Giuliani is in talks with congressional impeachment investigators.

An attorney for Lev Parnas confirmed the news to multiple outlets. He said: "We will honor and not avoid [congressional] requests to the extent they are legally proper, while scrupulously protecting Mr. Parnas' privileges including that of the Fifth Amendment."

Because of this, three House committees asked that Parnas provide documents and testimony as part of the ongoing impeachment inquiry into President Trump. Parnas originally refused to comply with those subpoenas.

Despite Parnas' recent decision to comply, his attorney told CNN he wouldn't go so far as saying his client plans to "cooperate" with Congress.

Parnas is currently under house arrest in Florida. Last month, he pleaded not guilty to criminal campaign finance charges. Federal prosecutors say he was involved in a conspiracy to funnel foreign money into U.S. elections.