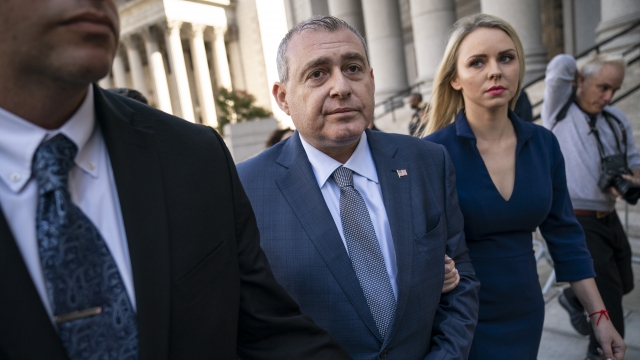 SMS
Lev Parnas Asks AG William Barr To Recuse Himself From Investigation
By Ahmed Jawadi
By Ahmed Jawadi
January 20, 2020
Parnas' legal counsel argues there would be a "conflict of interest" if Barr is involved in their client's criminal case.
SHOW TRANSCRIPT

In a letter sent to Barr and filed in New York federal court on Monday, Parnas' legal counsel argues there would be a "conflict of interest" if Barr is involved in their client's case. His attorneys argue Barr's involvement has "caused actual harm" to Parnas, as his case had "rendered [him] unable to comply with a ... congressional subpoena" during the House's impeachment proceedings. They also say federal prosecutors have refused to meet with Parnas and hear his side of the story, which they say would benefit him in his case. His lawyers recommend that a special prosecutor from outside the Justice Department be appointed instead "so as to avoid the appearance of a conflict of interest and to preserve the public trust in the rule of law."

Parnas, along with another Giuliani associate, was arrested and charged last October with violating federal campaign finance laws, for which he has pleaded not guilty. During an interview with MSNBC last week, Parnas said Barr "had to have known" about Giuliani's efforts to push Ukraine to open an investigation into Joe Biden, adding that the attorney general "was basically on the team."