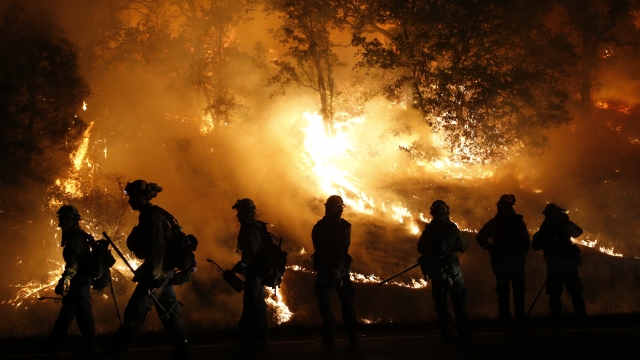 Wildfires are as much a force of nature as tornadoes. Preventing them entirely is out of the question — no matter what Smokey says — but there's good evidence our vigorous firefighting efforts are actually making them worse.

Putting out tiny fires early leaves more fuel for the big ones, which burn more area and cost more to suppress than ever.

The worst 2 percent of fires now account for 97 percent of area burned and firefighting expense. In 2015, more than half the U.S. Forest Service budget went to fighting wildfires.

Experts agree: Letting smaller fires run their course is a good way to reduce the risk of bigger, more damaging ones. But the Forest Service has one good reason and one weird reason to put them out quickly.

The weird reason: Thanks to how federal funding works, putting out fires can be easier to pay for than preventing them in the first place.

Experts want to change how the Forest Service pays for and fights fires, but it will take time — and the public will have to get used to smaller, more frequent fires.