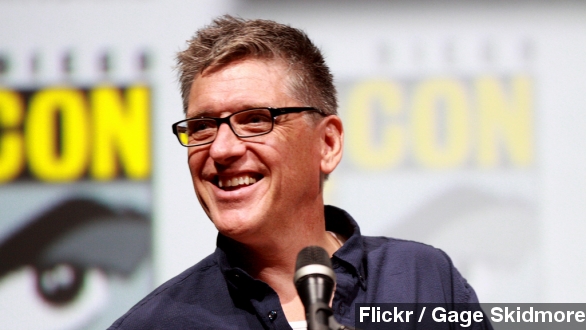 David Letterman's surprise announcement Thursday about his impending retirement from "The Late Show" got everyone talking about who could fill his shoes. But there's one name that's surprisingly far down everyone's short list.

But despite his "Late Show" proximity, Ferguson is often overlooked by commentators. The Los Angeles Times says his sense of humor is "too eccentric to appeal to a broader audience," while The Washington Post writes Ferguson's show "often exhibits the signs of mania that accompany the fear that nobody is watching."

Still, even if he doesn't get the job, multiple reports suggest Letterman's retirement could be a big win for Ferguson thanks to a clause in his contract with CBS.

Several outlets, citing anonymous insiders, are reporting that Ferguson is guaranteed a substantial cash payout if CBS passes over him for the "Late Show" role. Exact figures vary — the New York Post estimates $5 million, while the New York Daily News suggests it's more like $8-12 million.

It's not uncommon for studios to "opt out" of succession clauses in contracts — NBC has paid both Conan O'Brien and David Letterman not to host "The Tonight Show" due to similar clauses.

And another late-night shakeup might be on the way if Ferguson doesn't land the "Late Show" gig. The New York Times suggests "if he does not get the job he is likely to leave the network, opening up another slot for a potential late-night star."

Letterman is set to step down from "The Late Show" when his contract ends in 2015.