Letter From Joe Biden's Aide Could Be A Sign He'll Run 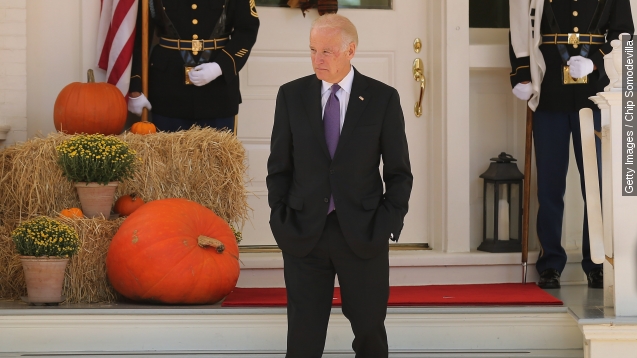 A letter from one of Joe Biden's aides suggests he might be taking a presidential run seriously.

We don't know if Vice President Biden will run for president, but here's one sign that he might.

The Los Angeles Times obtained a letter from one of Biden's top aides sent to a network of supporters.

It read: "He believes we must win this election. Everything he and the president have worked for — and care about — is at stake."

Ted Kaufman expressed that they'd need to make up for lost time in campaigning if Biden does decide to run. He also referenced Biden's consideration for his family's well-being after the death of his son. (Video via C-SPAN)

Earlier this week, while waiting for the South Korean president, Biden got this question from a reporter.

"Are you running for president?" an NBC reporter asked.

Filing deadlines are approaching and, he could be at a disadvantage in fundraising this late in the race.