Let's Not Pretend Trump Pushing To Jail Clinton Is Normal 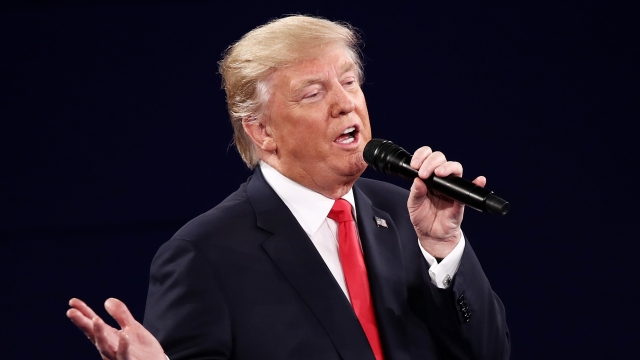 Any conversation about the second presidential debate should start with that moment where Donald Trump threatened Hillary Clinton with prosecution or jail time.

"If I win, I am going to instruct my Attorney General to get a special prosecutor to look into your situation," Trump said Sunday night.

"It's just awfully good that someone with the temperament of Donald Trump is not in charge of the law in our country," Clinton said.

"Because you'd be in jail," Trump responded.

That's not a normal thing in American politics. Let's go down the list of political leaders who have actually jailed their political opponents. So, we have Putin, Erdogan, Pinochet, Chavez. It's interesting company that Trump put himself in tonight. And it's probably not company you want to keep.

CBS anchor Bob Schieffer said after the debate, "'If I'm elected, I'm going to put you in jail?' I mean, this is the kind of thing that happens in banana republics."

This is not the kind of thing that happens in stable democracies. Violent or non-peaceful transitions of power.