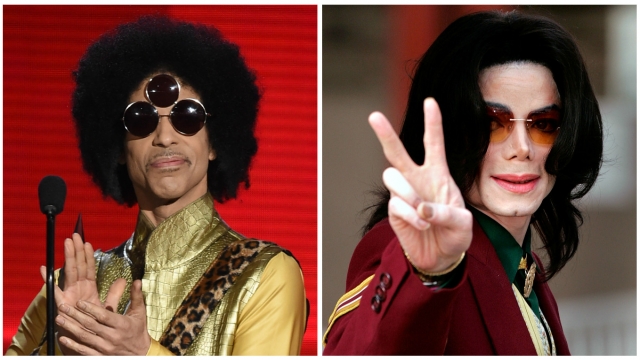 "I can't be played. A person trying to play me just plays themselves," Prince said to Tavis Smiley.

An interview resurfaced Thursday of Prince talking about his so-called "rival."

"There was never any rivalry between you and Mr. Jackson?" Chris Rock asked.

Prince and Michael Jackson — two men who were the same age and had unique musical styles —had a complicated relationship. And if accounts from people close to the two entertainers are true, Prince used to tease the hell out of MJ.

Prince was offered a part in MJ's video for "Bad."

In a song off his 2004 album "Musicology," it sounds like Prince is calling out MJ with this line: "My voice is getting higher/And I ain't never had my nose done/That's the other guy."

Who else could Prince be talking about here?

Then there's the bass guitar incident. Jackson's biographer Steve Knopper said MJ was a guest at one of Prince's shows in Las Vegas. During the concert, Prince went over to where MJ was sitting and started playing slap bass right in front of his face.

After that incident, MJ later called Prince a "meanie."

Prince was reportedly a name-caller. Studio engineer David Z told the Minneapolis Star-Tribune in 2009 that Prince compared MJ to Helen Keller after beating him in a game of pingpong.

But for all of Prince's teasing, many people close to The Artist — like former bandmate Matt "Doctor" Fink — said he actually cared for MJ.

"They respected one another. They even played a little basketball out in Los Angeles. ... They respected each other as artists, absolutely. A friendly rivalry," Fink said.

Prince, like MJ, was a Jehovah's Witness. In a Washington Post interview after MJ's death, Prince told a reporter he wished he was able to talk to Jackson about his faith a bit more before he died.

Prince talked about Jackson's death on another occasion, that time with French newspaper Le Monde in 2009, he said, "We're always sad to lose someone we love."

Prince died at age 57 on Thursday. The Twitter account linked to Jackson's website tweeted: "Another great artist gone too soon. The world will always have the joy of his music. RIP Prince."