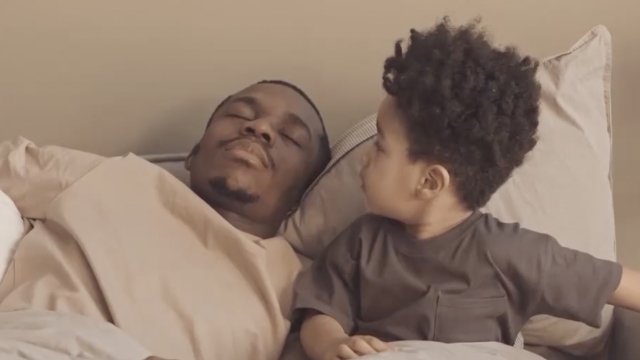 SMS
Getting Less Than Five Hours Of Sleep Raises Risk Of Chronic Diseases
By Lindsey Theis
By Lindsey Theis
October 26, 2022
A new study reveals people who sleep less after age 50 are more likely to have chronic diseases.

Science has shown is it harder to sleep as we age. And a new study says getting enough sleep is even more important.

"As I age, my sleep has really been difficult to deal with because I sleep a lot less and I wake up more," said Stine.

Lucas is one of many. Five hours or less of sleep could put you at risk for chronic illness and that risk goes up as you age.

A recent UK study looked at 8,000 50-year old civil servants with no chronic disease, and then followed up with them at their doctors' appointments over the next 25 years. The findings: 50 year olds who slept five hours or less a night had a 30% higher risk of developing multiple chronic diseases over time than those who slept at least seven hours a night. It rose to a 32% greater risk at age 60, and a 40% greater risk at age 70. The chronic illnesses mentioned specifically were diabetes, cancer, heart disease, stroke, heart failure, COPD, chronic kidney disease, liver disease, depression, dementia, mental disorders, Parkinson's and arthritis.

Dr. James Rowley is president elect for the American Academy Of Sleep Medicine.

"If you're somebody who just feels you got to go and you're only going to get five or six hours of sleep, you are definitely putting yourself at risk. More risk of developing a some type of medical disorder as you age compared to someone who's getting seven to eight hours of sleep," said Rowley.

Rowley practices pulmonary critical care and sleep medicine at the Detroit Medical Center. He said as we age, our sleep efficiency and sleeping less for the time we are in bed, worsens too.

"It does go down a bit between that 30 and 60 range to an extent, but really above 61 is that when it really decreases," said Rowley.

NEWSY'S LINDSEY THEIS: How many hours of sleep do you get a night now, Lucas?

LUCAS STINE: Um, consecutively, I'd say no more than about four hours of sleep.

Newsy caught up with sleep researcher Christopher Depner. We first met him in 2019 in Boulder, Colorado where he showed me how sleep studies worked. He'd discovered catching up on sleep did not help metabolic health.

"There's a couple of studies in progress in like 50 to 70 year old people where they're trying to increase their sleep duration and seeing if that does improve their risk profiles," said Depner. "Although people sort of reported feeling better after the weekends — their alertness was better and they felt more sort of recovered from that sleep loss — their actual metabolic health markers were not improved."

But metabolic health is a pretty narrowly defined measure of overall health and Depner still believes more sleep is better.

He added that for those looking to improve their sleep, a sleeping pill is not as good as it may seem.

"Some people say it's kind of like knock you out so they might make you be unconscious and feel like you're sleeping, but your brain activity is actually a little bit different than natural sleep. And so it's really questionable how effective those are, especially if you're thinking about using those to improve sleep for other health outcomes like cardiovascular disease," said Depner.

He said melatonin can be helpful on a very short-term basis for adjusting to a new time zone. But the best thing anyone can do for better sleep, he said, is to stay on a regular schedule, sleep in a dark, cool place and dim their lights to match when the sun is up or down. One quick way to do that?

"We took people camping and they had only exposure to sunlight while we were camping or a campfire that was that. So there were no electronic devices, so no artificial light at all. And we were out in the Rocky Mountains in the middle of nowhere. So there was no light pollution or anything like that. And so what we did see is that even just a weekend of camping can adjust your circadian clock by several hours," said Depner.