Less Than 1% Of Voters Chose Boris Johnson As U.K.'s Next Leader 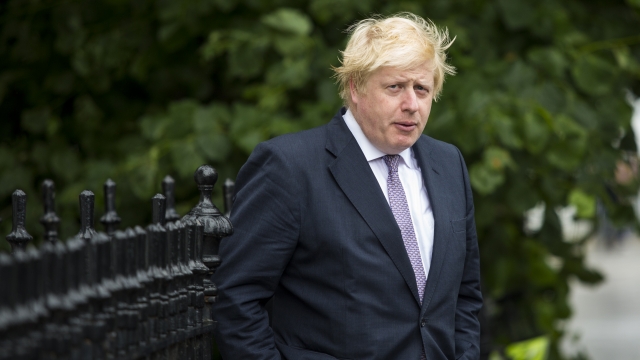 That's because only members of the Conservative Party who'd paid their annual membership dues got to participate in the final round of voting.

British lawmaker Boris Johnson will be the next U.K. prime minister.

The country began hunting for a new prime minister after Theresa May announced her resignation several months ago. May had faced numerous calls to step down after she failed multiple times to get Parliament to sign off on her Brexit deal.

Although May officially stepped down as the leader of the ruling Conservative Party back in June, she remained on as prime minister until her successor was chosen.

But the process for choosing that successor has incited some controversy due to the fact that not every British citizen got a say. In fact, less than 1% of registered voters chose the U.K.'s new leader.

Since May wasn't ousted in a general election, only members of her Conservative Party got to select her replacement.

Through several rounds of voting, Conservative lawmakers first narrowed down the pool of candidates to two.

The final decision between Johnson and Hunt was ultimately decided by about 139,000 people who pay an annual membership fee to be a part of the Conservative Party. According to a U.K. academic study, party members are predominantly white, middle-class men. About 40% are over the age of 65 and the majority want the U.K. to leave the European Union.

That small pool of voters isn't necessarily the best representation of the country's population of roughly 66 million people — who, on average, are younger and more diverse. And a series of polls earlier this year revealed roughly half of British voters would now choose to remain in the EU.

As the new leader of the Conservative Party, Johnson officially takes over as prime minister after May steps down Wednesday.